As we look back on 2022, there is a lot to be grateful for in Wyoming. The Wyoming Primary Election resulted in a purge of numerous RINO politicians from the State Legislature. However, this does not mean that the work of holding our elected officials accountable is over.

This month, the 67th Legislature will convene in Cheyenne. The session begins on January 10 and lasts until the beginning of March, giving our legislature a lot of time to either govern well or, more likely, govern poorly.

It is up to us to hold these politicians accountable before, during, and after the legislative session. In order to follow the proceedings, visit wyoleg.gov.

Be sure to watch out for the following legislative items:

As always, please keep in mind that WyoRINO is not affiliated with the Wyoming State Republican Party. However, just as the election integrity process is something to be mindful of, so is the integrity of the Republican party and the candidates who run on the Republican ticket. It is up to us to expose RINO legislators who are Dems in sheep’s clothing.

Help us continue our mission to expose WyoRINOs in our state and encourage true, practicing Republicans to represent the people of Wyoming!

What is a RINO? A Republican in Name Only

Have you as a loyal Republican, gone to the polls year after year, voting for candidates with an “R” beside their name, trusting they would legislate and vote like a Republican but only to be disappointed? 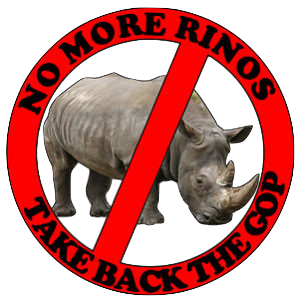 The time is long overdue to hold politicians accountable for big government, big regulation, big taxation laws – values that the Republican party does NOT support.

WyoRINO.com is an index that is based on the Platform and the Resolutions of the Wyoming Republican Party, which are passed in convention every two years by thousands of elected grass roots Republicans.  This valuable tool scores Wyoming legislators based on their adherence to the timeless Republican values which will always inform and direct our party and country, regardless of current events.  These lofty principles include but are not limited to, adherence to U.S. Constitution, the defense of life, liberty and property, limited government, freedom of religion, the right to bear arms, fiscal responsibility and a free market economy.

If your Wyoming state senator or representative ran on the Republican Party ticket, it is correct and logical to assume that once elected, your legislator will actually vote like a Republican.  Far too often, however, that is not the case.  This is why WyoRINO.com was established – to expose liberal Wyoming Republicans who hold office.

The percentages which are indicated on the Voting Index reflect the cumulative scores based on ten key votes during each Wyoming Legislative session.  These particular bills were chosen by Ride for the Brand, Wyoming due to their easily identifiable traits in relation to Republican values. To examine the bills which were rated and their explanation, click on the WyoRINO Voting Index tab.

We encourage readers to examine how their own state legislators voted on each of the ten key measures. Ride for the Brand, Wyoming believes that a score below 70% indicates a RINO legislator. In the world of education, anything below 70% is considered a failing grade and we agree.

We also encourage readers and voters to commend their legislators for their constitutional votes and urge improvement where needed.