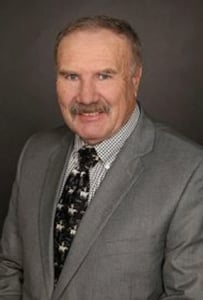 Every month presents a challenge on who is more deserving than others when it comes to determining the WyoRINO of the month award as there are so many to choose from. April’s honoree is Rep. Jerry Paxton of Carbon county. As a former Town Councilman, Mayor and serving over six years in the Wyoming State Legislature, Rep. Paxton has had plenty of time to figure out how to govern as a Republican.

Unfortunately, Paxton’s WyoRINO Voting Score of 10% is evidence of his failure to either understand what Republicanism means or that he doesn’t care. Either way, he should be sent packing, just like the winter weather.

Be sure to review Rep. Paxton’s voting record here on the WyoRINO website. Should you wish to urge his consideration of choosing another party to belong to, one that aligns more closely to his anti-Republican voting record, you can reach him at (307) 327-5375 or email at jerry.paxton@wyoleg.gov.