For two straight years in a row, Wyoming State Representative Steve Harshman (R-Natrona) took the helm as Speaker of the House, leading our legislative body down the path of Big Spending. But for many more years than this, Rep. Harshman has established a legacy of Big Government, Big Time. His 2020 WyoRINO score of 30% was proof positive of that.

One of his most egregious votes in 2020 was his failure to support House Bill 1, Amendment 2047, which would have provided school choice through the establishment of a pilot school voucher system. There is a reason for this. Rep. Harshman is employed with the Natrona county public school system – and the last thing a RINO wants is competition.

In addition, Rep. Harshman continued his errant ways of protecting the Education cartel by opposing SF 38 which would have studied the transition of a “managed care” state employee health system. This would potentially reduce taxpayer costs for State employee health insurance plans.

Following in that same thread, Rep. Harshman voted in favor of HB 112 which would hike payouts to former government employees and further weaken the solvency of the state pension system.

Those of us here at WyoRINO wish that Rep. Steve Harshman would either retire or run on the Democrat ticket. If you agree, feel free to contact him at (307) 262-8075 or steve.harshman@wyoleg.gov.

As we usher in a new year, many find it difficult to navigate the times we are living in – a presidential election in limbo, blatant election fraud, questionable virus pandemic data, a year of violent protests throughout the nation, businesses destroyed…

On top of all that, Read More 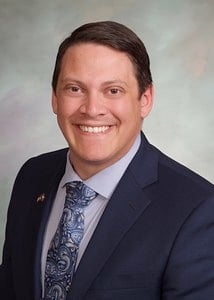